Why bitcoin will never die… 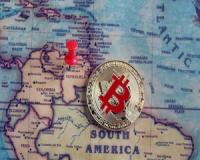 It’s been a decade since bitcoin officially started.

Over this time, it’s gained a lot of followers and of course, haters.

Some have called it a revolutionary asset, while others have labelled it, a downright Ponzi scheme.

The thing is, whether you love them or hate them, bitcoin will never die. Demand will always be there – especially in today’s world.

And it’s all because…

There are two perfect examples of this…
1)  Zimbabwe
For over a decade, Zimbabwe has experienced one of, if not, the worst inflation crises. Hyperinflation has wiped out Zimbabweans’ personal savings.
In 2017, I wrote a Money Morning article about how Zimbabwe’s hyperinflation crisis worsened. I also explained what ordinary Zimbabweans were doing to protect themselves from hyperinflation and a worthless currency.
At the time, this is what I said,
They’re doing this, by buying Bitcoin. In addition, many have started to adopt Bitcoin as a main source of payment.
Exchanges base their Bitcoin price on the demand they have for the coin. An exchange in Zimbabwe, BitcoinFundi, currently values Bitcoin under $7,000. That nearly 60% higher than the price of Bitcoin on international exchanges.
Founder of BitFinance, a Zimbabwean Bitcoin start-up says, “The collapse the country’s formal financial system has made BitCoin an attractive alternative. Especially for online payments, which are restricted by banks, and for remittances”.
What’s more, a growing number of Zimbabweans are also using cryptocurrencies as a saving mechanism (37% of all Bitfinance customers use it for that purpose). This is after the massive loss of personal savings during the hyperinflation period of 2008, which led to the collapse of the country’s banks.
Fast-forward to 2019, and a similar situation is playing out again.
In late June, president Emmerson Mnangagwa’s government banned the use of foreign currencies for settlement of local transactions. This comes as the country re-introduced the Zimbabwe dollar unit, which was abandoned in 2009.
From an article on Quartz Africa,
Right now, investors and speculators alike will be turning to bitcoin as a more stable storage of value than the new Zimbabwe dollar which is still overwhelmed by uncertainty. The price of bitcoin in local currency has surged.
2)  ‘Venezuela
In a very short space of time, Venezuela went from being Latin America’s richest to its poorest country.
At one point, inflation soared as high as 40,000%, and the monthly salary of a minimum-wage worker was less than $1.50.
Around 87% of its people live in poverty. And Venezuela is a big country. Its population is around 32 million. So that’s nearly 28 million people living in poverty.
In 2019, the crisis worsened, when the US slapped more sanctions on the country. In fact, things are so bad that some argue, inflation could be as high as 10,000,000%!
To put it in perspective, earlier this year, Bloomberg reported the price of a cup of coffee soared from 0.75 bolivars to 2,800 – an increase of 373,233%.
Just like in Zimbabwe, Venezuelans turned to cryptos like bitcoin to protect themselves from hyperinflation and currency devaluation.
As Crypto website, Cointelegraph recently reported,
Venezuela’s currency continues to suffer from runaway inflation, which is leading citizens to resort to cryptos means of storing value.
It makes sense.
Governments and banks can’t interfere in cryptos. They can’t take them away from you.
But if you had a bank account, a government could easily ban you from moving your cash out the country. It’s happened before.
Cryptos give you total control over your money.
A Venezuelan IT engineer explained it nicely,
“Bitcoin has given me access to the financial world outside Venezuela. We are not free to exchange our currency for US dollars or any other currency. We don’t have access to the banking services of the world, so crypto allows you to bypass those barriers”.
The point is, some cryptos are more than just a speculative investment. They’re helping people survive in even the worst economic conditions. This makes them a powerful weapon in times of crisis.
Originally posted @ FSP Invest